Countries with the Fastest 4G Wireless Networks in the World

When the 4th generation of cellphone networks, typically known as 4G LTE came out, all of the web was supposed to be accessible ASAP at our fingertips. Networks advertise services around the globe that are “ultrafast,” and “superfast.”

However, it turns out that what comprises as 4G connectivity differs greatly across the earth.

A network diagnostics company named OpenSignal today issued a report on the quality of 4G connections, 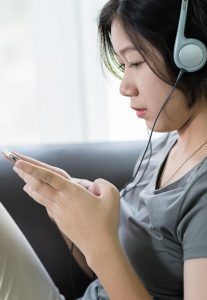 presenting cellphone users get a vast range of qualities and connection speeds around the world. OpenSignal got this data through its app, which allows users to test the quality of the mobile network and WiFi they are using. The app continuously checks what type of connection a phone has to the network, like 2G, 3G, and 4G, and sends the info straight to OpenSignal.

These average country rates also broadly vary by carrier. For instance, Spain had the speediest single network in Vodafone ES, but on the other hand, had one of the slower networks in Yoigo.

While the range in speeds among countries indicates that there is no real accord on how fast 4G truly is, OpenSignal discovered that 4G speeds are on average still quicker than WiFi. The universal average speed conveyed to OpenSignal on WiFi was 4.4 Mbps, while on 4G it was 9.3 Mbps.